The FAA has informed Senator Patty Murray?s staff that there will be no changes in the floor of the airspace located over Magnolia.

Well over one hundred people showed up at a Community Club meeting last November to express concern about the proposed change that would have lowered the floor from 3000 feet to 2000 feet above sea level.  That would have resulted in larger planes flying lower and with more frequency over Magnolia and parts of Queen Anne and Ballard. 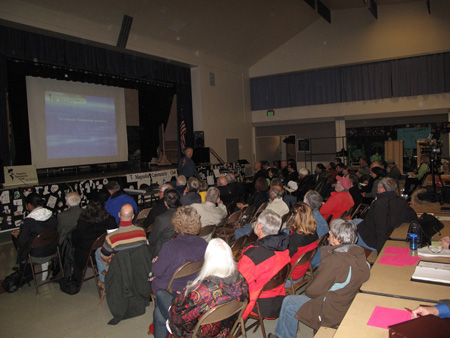 The FAA stated that after considering all the public input it re-evaluated its proposal and determined no significant net gains in safety or efficiency that would justify the various negative impacts resulting from lowering the floor of the Class Bravo airspace.

The Magnolia Community Club collected and forwarded 77 pages of petitions to the FAA  in opposition to the proposal.  King County councilmember Larry Phillips along with Representative Jim McDermott and Senator Patty Murray each wrote to the FAA opposing the change.

According to a media release from the Magnolia Community Club today:  Community leaders are extremely pleased, not only with the FAA?s substantive decision, but also with its demonstrated willingness to work with affected communities and respond to their concerns. The successful resolution of this issue is due to the hard work over a long period of time by many volunteers within the community who gave up their free time to attend meetings, collect signatures and contact both the FAA and our elected officials. All involved must be thanked for their efforts and professionalism. There is little doubt that the value of our community input was enhanced by the professional manner by which those involved responded to and interacted with the FAA and our elected officials.